The role of the trial technician—sometimes referred to as a courtroom technology specialist, trial consultant, or hot seat operator—is to quickly find and display documents and video, thus enabling seamless presentation by the trial counsel. But good trial technicians do a lot more. Hot seat operators who are particularly adept are able to meld into the courtroom background when performing these duties. They divert the fact-finders’ attention away from the mechanics of the presentation and guide them toward the content of the presentation.

Having spent twenty years in the courtroom, and having worked on over 200 trials, I have learned to become the 13th juror, albeit a silent one. I, too, form opinions about the trial and the verdict outcome. And having seen more trials than probably anyone in the courtroom, except the judge, I most definitely possess knowledge as to how a presentation could be made more persuasive. Here are five courtroom techniques that prove successful.

1. Hold Fast to Your Theme

Just like with any good book or movie, a court case must have a theme. The theme is the core message of a client’s case, that is, the most basic position being asserted. It will serve as the overarching lens by which jurors will view the evidence in the trial.

Right out of the gate, in the opening statement, an attorney should make this theme known. For instance, “This is a case about a careless driver.” In a medical malpractice suit, a defendant’s theme might be, “Life is unpredictable, even when a doctor goes beyond the call of duty.” In an employment case, “All she wanted was to perform her job well; instead, she had to combat sexual harassment.”

In both direct examination and cross-examination, each witness should be asked questions that tie to, and substantiate that theme. For example, if the theme is, “This is a case about an employer who just didn’t care about employee safety,” the attorney will want to elicit from each witness examples of workplace hazards the employer chose to ignore. Of course, the theme must be reiterated during closing, so that the fact-finders, during deliberations, will use their own powers of reasoning and emotion to consider whether the evidence served as reinforcement of that theme.

While this advice may sound like mantra from any “Introduction to Trial Advocacy” course, it is remarkable how often I observe attorneys swerve from this basic trial tenet. Litigators sometimes get hung up trying to convey, through a witness, a point irrelevant to the theme, but this is time ill-spent. Such derailment of juror focus accomplishes nothing, at best, and could potentially sabotage the case.

Relaying a clear theme is particularly important in a complex financial action. Figures and data may confuse and overwhelm fact-finders, but the theme of the story will stick. The theme will help them organize complex information. It will enable them to quickly set aside insignificant details and to instead focus on the facts that engender the story’s theme.

It is another elementary trial tenet, but one I see so often ignored: It is the jurors, the ultimate decision-makers in the case, that an attorney needs to address. I have seen more than my share of attorneys in high-profile actions arguing their cases to the media, which only serves to sour juror interest.

Not only should the attorney communicate his or her argument to the jury, the witnesses should do so as well. An astute litigator gently reminds witnesses to address the jury by beginning some questions with, “Please explain to the jury…”

Bear in mind that the jury is communicating, too. Attentiveness to the jurors informs an attorney whether the presentation is effective or adjustments need to be made. At which points in the trial are jurors rapidly taking notes? Are heads nodding in agreement? Are heads shaking in disapproval? Are some people falling asleep? All of these actions are important messages that warrant attorney consideration.

Speaking of jurors sleeping, a good rule of thumb with a witness deposition video is to display less than fifteen minutes of it. Play only that segment that conveys the intended message. Otherwise, jurors tune out, or worse, become irritated.

Video impeachment should be brisk, tight, and relevant. Playing just those few important sentences that expose the contradiction will pack that poignant smack that resounds with jurors. It goes back to the concept of theme. If you stray too far from the purpose of the impeachment, the whole point will get lost.

4. An Image Is Mightier Than the Word

During my many trials, I have, over and over, witnessed the potency of pictures. Pictures have the power to rouse an apathetic jury into one that is engaged. Images often convey the story with more clarity and utility than words ever could. Consider the effect of describing the shape of a square versus drawing one. Imagine how many words would be needed to describe a person. No matter how lengthy and detailed that description, the listener would only form a vaguely accurate mental image of the actual person.

Visual images are more likely to remain in the viewer’s long-term memory. This tendency is called the Picture Superiority Effect. A reason for people’s superlative ability to recall pictures is that the meaning of visual stimuli is made to manifest more directly than words. According to Dr. Lynell Burmark, a leader in the education field, it is not that words don’t matter, but they do have more mental sticking power when they are associated with a picture. She said, “The words get velcroed to the image.”

When reading a book or listening to a speaker, an actively engaged person often creates an image in his “mind’s eye,” which then helps the information stick. This task requires additional mental effort, so that, after even a short time, the individual tends to “zone out.” Everyone who has been on the receiving end of a long-winded conversationalist knows how tiresome it can be. Armed with an arsenal of images, an attorney can quickly and effectively produce the visual stimulation that will captivate, rather than fatigue, the fact-finder. Interest level will beef up, not peter out.

Most attorneys have heard about the power of pictures before, so what is confounding to me is how many stellar opportunities for using visuals are lost. In a case where the time progression of events is important, for instance, why does counsel so often neglect to create a visual timeline? A graphic display of the timing of events has such great mental sticking power, especially because jurors will continuously refer back to it.

Photos, slides, diagrams, graphs, models, video presentations, and computer animation are all very effective ways to transmit demonstrative evidence. Even low tech is good tech for rousing interest in the jurors. It is compelling to simply have a witness stand up and draw a picture on a poster board. It adds a human factor to the case that my slick multimedia presentations cannot capture nearly as well. This hand-drawn display can be marked as an exhibit, then used when referring to other witnesses, as well as during closing argument.

The old adage, “You catch more flies with honey than with vinegar,” is sound advice for an attorney in the courtroom. The jury is absolutely watching every move counsel makes. Therefore, it is very important to treat everyone with the utmost respect, not just judge and jury, but paralegals, associates, and court staff. And the instruction to “play nice” does not contravene the charge to provide hearty advocacy on behalf of your client. The most effective arguments are those fueled not by ferociousness, but by skill and by strong points conveyed in a composed, respectful manner. An attorney and his or her client are inextricably tied together, so if the people in the jury box like the litigator, it is highly likely they will like his or her client. 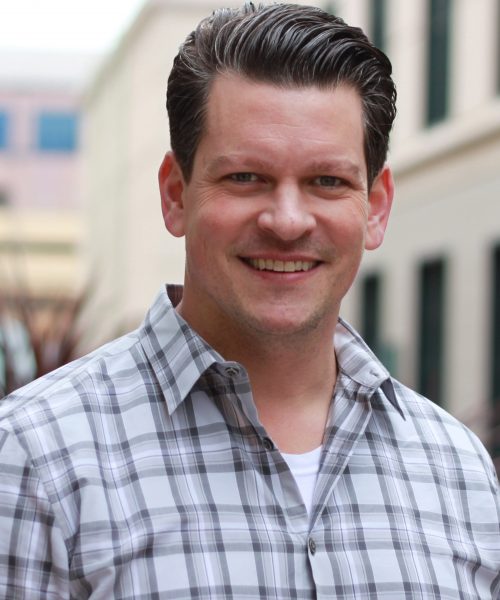