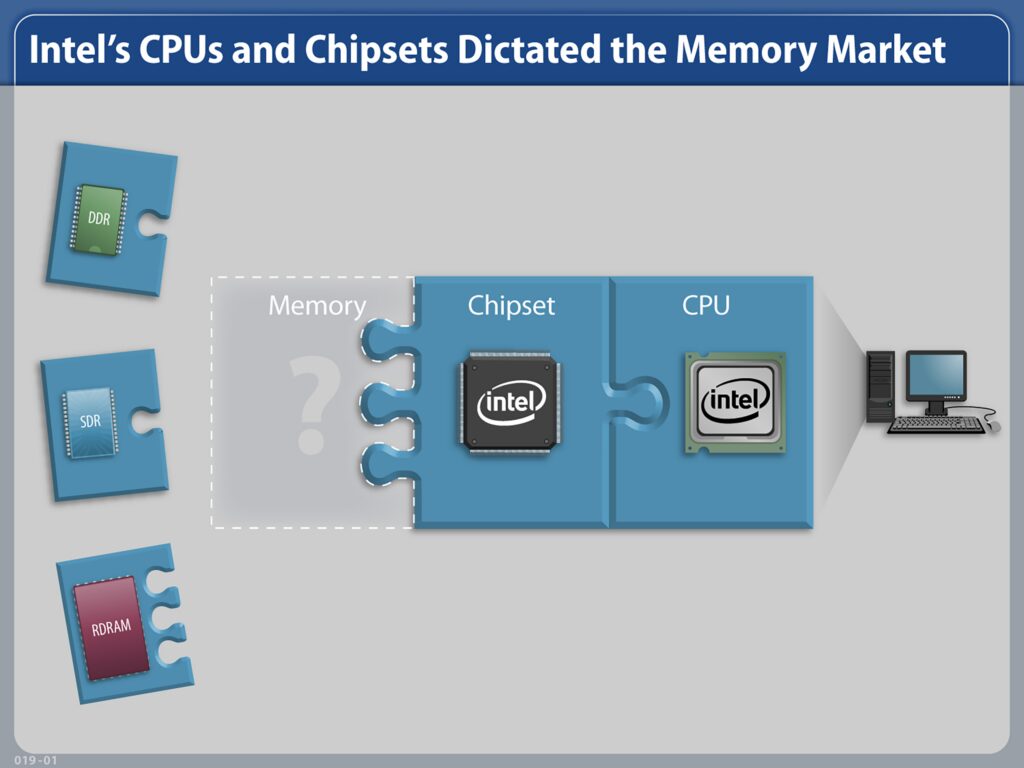 Rambus, Inc., alleged Micron Technology, Inc., and Hynix Semiconductor, Inc., colluded with other DRAM manufacturers by fixing prices and favoring the competing DRAM technology, DDR, so as to prevent Rambus’s proprietary RDRAM technology from becoming the standard for main PC memory. Micron countered that the failure of the market to adopt RDRAM was instead driven by the technology’s larger chip size and associated higher costs, propensity to run hotter than DDR, and the Rambus proprietary business model, which included steep licensing costs. If found liable, Micron could have faced potential damages ranging from $4.3 billion to $12 billion.

Teaming up with the Quinn Emanual trial team, IMS Consulting & Expert Services helped to design and demonstrate the shortcomings of RDRAM technology, including its heat, power, and latency problems and other issues endemic to its design. These visual displays supported the testimony of industry experts by showing consumers ended up paying more for RDRAM and received little benefit from the technology. We effectively conveyed that DDR’s success in the marketplace was not the result of collusion or price-fixing, as alleged by Rambus, but rather, its success was a result of its superior technology.

In a complete win for the defense, a San Francisco jury found that Micron and Hynix Semiconductor were not liable for RDRAM’s failure to become the main PC memory standard. No damages were awarded to Rambus.