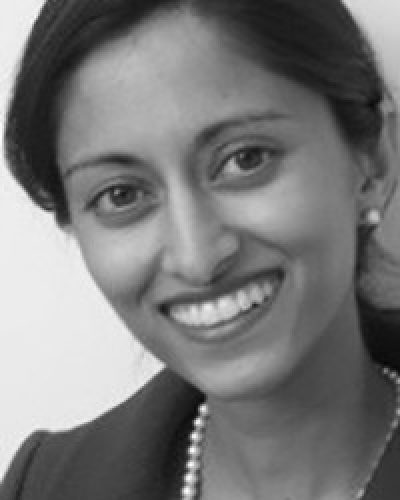 Manisha M. Sheth is Co-chair of Quinn Emanuel’s Government and Regulatory Litigation Practice and the firm’s Sexual Harassment and Employment Discrimination practice. A seasoned trial lawyer with more than twenty years of experience in both private practice and government prosecutions, Ms. Sheth was lead attorney on one of the most high profile cases during the residential mortgage-backed securities crisis. Today, her practice focuses on complex civil litigation, white collar criminal defense, and internal investigations. Ms. Sheth recently served as the Executive Deputy Attorney General for the Division of Economic Justice at the Office of the New York Attorney General, where she supervised all of the Office’s complex commercial investigations and enforcement actions in the areas of antitrust, securities fraud, cybersecurity and data privacy, consumer frauds, and government contracts fraud. Manisha was also a federal criminal prosecutor in the Eastern District of Pennsylvania.

She has extensive experience representing both plaintiffs and defendants in a wide range of complex commercial disputes, involving issues such as breach of contract, securities fraud, antitrust, government contract fraud, privacy and data security, and other business frauds and torts. She also has served as lead trial counsel on over a dozen civil and criminal trials in federal and state court, including jury and bench trials.

As the Executive Deputy Attorney General, Ms. Sheth led the Division of Economic Justice which consists of 250 attorneys and staff in six affirmative litigation bureaus: Antitrust, Investor Protection (Securities), Internet & Technology, Taxpayer Protection, Consumer Frauds & Protection, and Real Estate Finance. She developed enforcement priorities for individual bureaus and the Division as a whole. Ms. Sheth was the lead attorney on several high-profile investigations and litigations, including a trial against former AIG CEO Hank Greenberg, a trial against FedEx Ground, and settlements of RMBS and LIBOR investigations.

During her tenure at the United States Attorney’s Office, Ms. Sheth conducted numerous long-term grand jury investigations and prosecutions for a wide variety of federal crimes, including health care fraud, financial institution fraud, money laundering, tax fraud, and regulatory crimes. Ms. Sheth was nominated for the Attorney General’s Award for Outstanding Service by a New Employee in 2005, the Executive Office of the U.S. Attorneys Director’s Award for Superior Performance as an AUSA in 2006, and the Federal Bar Association’s Younger Federal Lawyer Award in 2008. She was recently recognized in Crain’s 40 under 40, and is a highly-sought speaker at seminars and industry conferences.

How is #MeToo Changing the Landscape of Corporate Responsibility and Commercial Litigation? – Episode 7