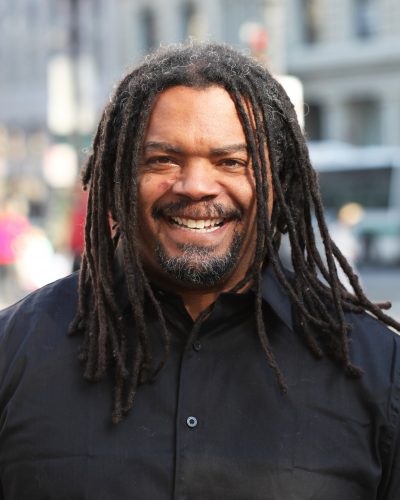 “I am driven by two main philosophies, know more today about the world than I knew yesterday, and lessen the suffering of others. You’d be surprised how far that gets you.” —Neil DeGrasse Tyson

For over a decade, Jerry Williams! has been bringing case stories to life through his world-class graphic designs. Jerry’s focus is on making sure his designs enable jurors to better understand the case story and arguments, because he knows that when they do, they are more likely to side with our attorney clients. He is gifted with both strong left-brain and right-brain capabilities which is why clients rely on him to produce not only creative and innovative illustrations but also analytical charts and graphs.

Jerry has provided expert graphic services for numerous high-profile legal matters. His favorite case to date was SSJID v. PG&E because it involved creation of a complex interactive code-based interface. The project involved a lot of artistic and technological challenges and he enjoyed overcoming them to ultimately create a system that enabled jurors to interact intuitively with courtroom evidence.

Jerry studied at the Academy of Art College in San Francisco and continues to take certification classes in graphics software programs to ensure he remains up to date with the cutting-edge advances in the design field. Prior to joining IMS, Jerry spent a decade creating print designs for an advertising agency. He also worked as a contractor in the field of design, which equipped him with skills in the areas of media design, interface building for web applications, music video production, internet advertising, and animation.

Storytelling through use of a combination of artistic and critical thinking skills is Jerry’s overarching interest, even outside of work at IMS. He provided voices for at least half of the puppet shows presented at Children’s Fairyland in Oakland, CA, which is one of earliest themed amusement parks in the US. He and his son have collaborated on a comic book series called The Adventures of Malcolm and Poe, as well as on a science fiction graphic novel. Each of Jerry’s creative endeavors are as memorable as his name, which officially includes an exclamation point at the end.