Why Jury Trials Are Disappearing Even Though Civil Attorneys Prefer Them 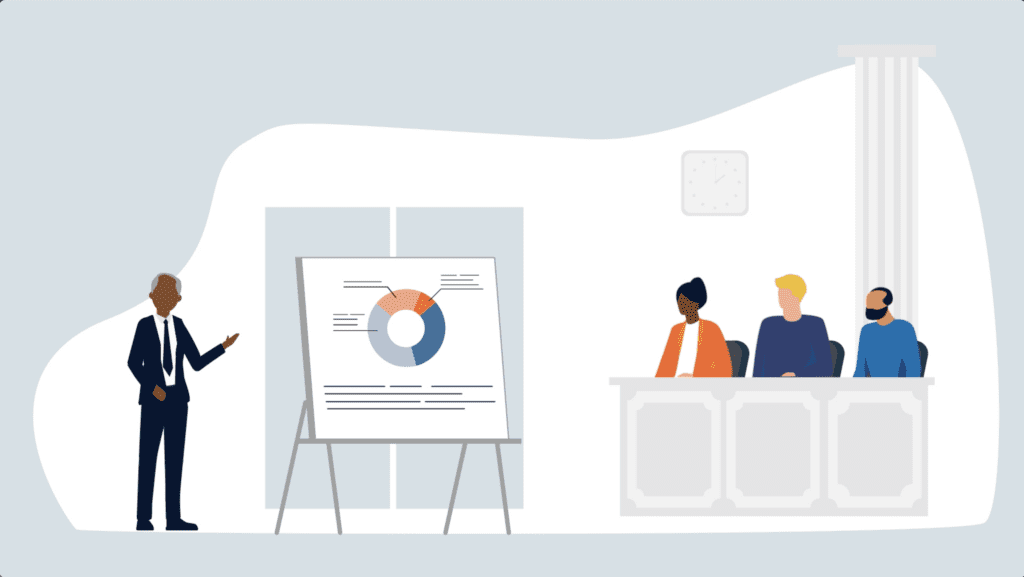 Social scientists Shari Diamond and Jessica Salerno recently published a study in the Louisiana Law Review entitled “Reasons for the Disappearing Jury Trial: Perspectives from Attorneys and Judges,” that explores the shocking decline in jury trials over the past few years.

IMS interviewed Clint Townson, Ph.D., an IMS jury consultant with a background in social science, to gain his insights into the biggest takeaways from this ground-breaking study.

IMS: You shared a really interesting study with some colleagues of ours recently, “Reasons for the Disappearing Jury Trial: Perspectives From Attorneys and Judges,” which was published in the Louisiana Law Review. Could you tell us a little bit about that study? What was the methodology behind it?

Townson: It comes from two well-renowned scholars in social science who went out into the community and surveyed roughly 1400 legal professionals. They talked to both civil attorneys and criminal attorneys, and they also talked to judges, and their goal was to try to get a better understanding of why jury trials are disappearing. It’s estimated right now that less than 1% of all civil lawsuits end up in front of a jury, which is kind of shocking, and it’s something that’s been on the decline for years.

IMS: Can you tell us a little bit about the findings and what’s so informative in them, especially for litigators?

Townson: The biggest takeaway is that there seems to be a really healthy respect for jury trials among civil litigants. The fact that these jury trials are disappearing doesn’t appear to be tied to attorneys not liking jury trials. In fact, civil attorneys in particular rated jury trials as their second preference, behind only mediation – they still preferred jury trials over arbitration and bench trials. That was quite a striking finding, considering how few jury trials there are these days.

IMS: What factors appear to be responsible for the ongoing decline in jury trials?

Townson: According to that study, the thing that seems to be driving that decline is that civil attorneys view jury trials as being extremely unpredictable case resolutions. In fact, they rated it as the least predictable case resolution, so that’s certainly a big part of it. The other somewhat surprising finding is that almost 75% of civil attorneys representing plaintiffs would prefer to settle rather than going to jury trial, whereas only 60% of civil attorneys representing defendants would rather settle than go to trial.

IMS: Another area that the study explored was the different preferences between case resolution types among civil attorneys. Can you talk a little bit about what the study found?

Townson: Mediation was number one. Attorneys really enjoyed the meditation process, even though it’s like pulling teeth in the moment. They feel as though it’s getting a fair result, it’s efficient, and obviously it’s cost-effective for their clients, so they really like mediation.

But with that said, if it’s going to go to a third-party decider – whether it’s in arbitration, or it’s in a bench trial or a jury trial – they prefer having the jury decide that. They feel as though it’s the fairest outcome. The catch is that they rated jury trials the lowest in terms of cost-effectiveness; it’s not as efficient as mediation. They also rated it the lowest in terms of speed, which is something that’s really relevant right now with the backlog of cases forced by COVID-19.

But again, the really interesting thing coming out of this study is that despite rating it low in cost-effectiveness, in speed, and in predictability, attorneys still really respect the process of going to a jury trial and prefer it over other options.

IMS: Can you tell us why we are not seeing more cases going to trial, or what factors are influencing those preferences in case resolution types?

Townson: There’s really three things that the Diamond and Salerno study identified as being the biggest drivers of this downfall. Number one was the cost. There’s this perception that going to jury trials is very expensive in terms of the time put into it, and then obviously, there’s a financial component to it as well – it’s expensive to go to jury trial.

However, they also found that 80% of civil attorneys thought that jury trials are worth their cost. So, there’s this sense that perhaps it’s the clients, and not the attorneys themselves, that prefer doing something other than a jury trial.

The third factor that this study seemed to identify was the predictability of the outcomes. Attorneys and clients seem to agree that jury trials can be very unpredictable, both in terms of liability and in terms of damages. Obviously, the damages can be concerning for the clients. As a result, they would rather go to a mediator, or possibly do the bench trial, where they feel as though it’s a little bit more predictable than putting your case out in front of twelve individuals that both sides had a chance to select.

IMS: As a practitioner, how can you enhance the predictability of a jury trial if you’re going into that setting?

Townson: There’s a lot of different things you can do, but one of the most common is looking at other data points. One of the downsides of the declining jury trial is the fact that there aren’t as many data points to look at. There aren’t as many recent iterations of a lawsuit that’s similar to yours that have gone to trial and you know what the outcome is. But if there’s not as much information publicly available, that’s not the best way to go.

Obviously, a lot of clients come to IMS Consulting and Expert Services because the idea is that we’re helping enhance the predictability of a trial by doing things like jury research, mock trials, community attitude surveys, and even through our jury selection processes.

My Case Isn’t Going to Trial, So Why Do I Need a Trial Consultant?

A Piece of Paper, a Feather… Combating Plaintiff Attorneys’ Interpretation of Burden of Proof