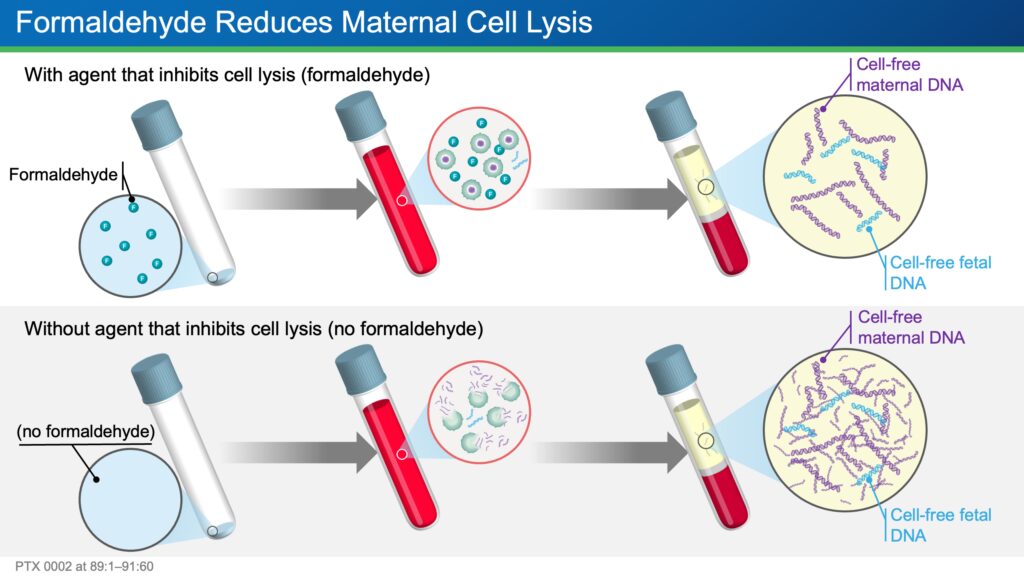 Ravgen’s founder and CEO Ravinder Dhallan revolutionized prenatal testing by developing a methodology for non-invasive and accurate testing for genetic disorders during pregnancy. Previous accurate testing options were invasive, carried a risk of miscarriage, and could not be performed early in the pregnancy. Testing-industry giant LabCorp was accused of willful infringement of Ravgen’s patent on this methodology.

IMS Consulting & Expert Services partnered with long-time client Desmarais LLP on Ravgen’s behalf, working together for over a year and providing onsite support in Waco, TX, and Los Angeles, CA. IMS trial consultants produced an animated tutorial presentation and demonstratives for the Markman argument, in addition to supporting the Desmarais legal team and experts during trial preparations and in the courtroom itself. Our compelling presentations, teaching animations, interactive display boards, and seamless in-court technology helped to clearly and persuasively unravel the technical aspects of the case for the jury.

Jurors quickly returned a verdict in favor of Ravgen as to infringement of the patent, and that the infringement was willful. They awarded Ravgen its full royalty demand of $272.5M in damages.

Your Millennial Attorney CAN Be Your Hot Seat Operator—But Should They?