Comparing Judges Versus Jurors: Do They Decide Cases Differently?

The vast majority of civil disputes are resolved before (or during) trial. These outcomes are always influenced by the trial judge’s structuring of the dispute—e.g., Daubert hearings, responses to SJM motions, or Markman hearings. Dispute structuring requires trial judges to exercise a great deal of fact-finding discretion regarding the credibility of witnesses, reliability of scientific testimony, etc.

Conventional wisdom says that because of their training, expertise, and experience, judges approach “fact finding” differently than do jurors, who by definition are novices. Moreover, judges’ fact-finding decisions are typically framed as “norm enforcement” and assumed to be more rational and objective than those of jurors.

My academic research on judges’ decision making, as well as our mock trial research over the past 30 years, has provided answers to the “judge versus juror” question.

Do Judges Judge Differently than Jurors?

For at least 15 years, social science research comparing judge and juror behavior under similar circumstances has raised serious doubts about the conventional wisdom that judges and jurors do judge differently. In study after study, researchers have found more similarities than differences (see Robbennolt, 2006; Rowland, et al., 2010). For example:

Moreover, social science research makes it very clear that many decisions by trial judges (federal and state) are affected by extra-legal political influences. For example:

How could this be? These sitting and retired judges not only had the benefit of legal training, with its emphasis on rational-deductive decision making, but also the benefit of experience and the constraints of their oath of office. But consider: 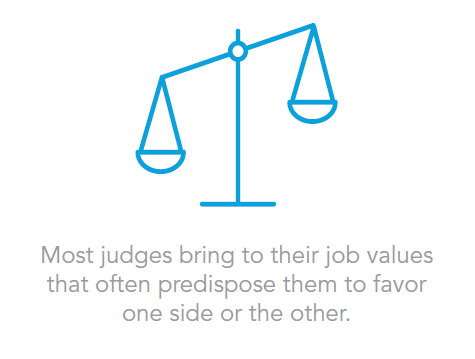 Not only do most judges bring to their job values that often predispose them to favor (consciously or unconsciously) one side or the other, virtually none bring training in medicine, science, engineering, etc. That would distinguish them from jurors as fact finders faced with complex, ambiguous information.

Thus, the question is why would we NOT expect judges to manifest some of the same limitations as jurors?

What Does All This Mean for Litigators and Trial Consultants?

A complete answer to this question is beyond the scope of this piece and the imagination of this writer. However, several possibilities illustrate the potential implications of thinking of judges as more like jurors: 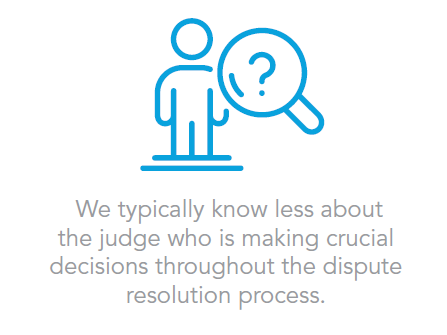 Bottom line, in today’s litigation climate, we should all be thinking of judges as more like jurors and considering new ways to influence these pivotal decision makers.

With that in mind, jury research is as important for judges as it is for jurors. Conducting mock arbitrations or Markman hearings with retired judges of a similar sensibility to your actual judge may create insights into better communication and, ultimately, persuasion.

View this article on The National Law Review here: Do Judges Judge Differently than Jurors? (natlawreview.com)