The Evolution of Technology in the World of Healthcare – Episode 4 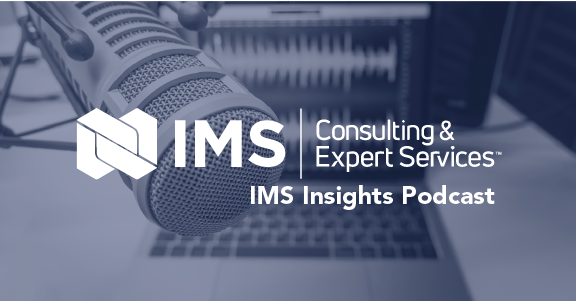 We sit down with Dr. Bill Bysinger to discuss trends in the healthcare industry including new care treatment models, and technological advances in medical decision making.

Episode 4- The Evolution of Technology in the World of Healthcare

Teresa Barber: Excellent, thank you Bill. I’m going to move us into a discussion on healthcare. So really, healthcare through a lot of different lenses has been a large topic of national and sometimes global conversation for quite a while. When we think about the Affordable Care Act, about drug pricing, and then even about the rollout of 5G, and the emergence of technology in different areas in healthcare, what are you watching? What do you see as the most transformative in healthcare today?

Dr. Bysinger: The most transformative thing that’s happened to healthcare in the last, I’d say three years, is that patients who normally in the past relied on physicians or providers to give them all their information about healthcare, and therefore when they went to see their doctor they didn’t carry a lot of knowledge, they used to anticipate a lot of answers to questions.

Dr. Bysinger: Today what’s happening is, patients, because of the internet, and because of a younger population, and concern about healthcare and the cost of healthcare, have become much more educated. And as well, the retired, and the elderly have become much more educated by virtue of information that’s available today about healthcare conditions. So, I see the change in healthcare is much more aligned with information being accurate, and information being presented well, and patients who come in almost with a skeptical approach to the ability for that physician to be able to solve their problem, and armed with an awful lot of data that in many cases causes the providers, and the physicians a lot of angst in this process.

Dr. Bysinger: So, the reason I say that is what it points to is all of a sudden information is much more important to be able to be rendered when these cases, and in my opinion we’re going to have more and more cases with regard to procedures and surgeries that have gone wrong, information that has been misused, and even diagnoses that have been provided that may also to be appropriate, so I think we’re going to move in healthcare.

Dr. Bysinger: I’ve done a number of security and privacy breach cases, but I think what’s going to start happening is that there are going to be cases now about performance and expertise of the physicians to render appropriate diagnosis and procedures for patients. So, when things go wrong, and by the way, in the industry they’ve looked at statistics, about 40% of surgeries are not appropriate, and of that 40% of surgeries that are not appropriate 10-20% of those surgeries can lead to very, very severe issues not the least of which is death. Therefore, we’re going to have some, I believe, some litigations in the future that are focused around the misdiagnosis and the mistreatment of patients in multiple venues. And, a lot of that is again going back to the level of that’s available today of patients who are not going to be afraid to sue their doctors, or to sue their hospitals, and hospitals, I don’t believe, or physicians, or physician groups are really ready for this.

Dr. Bysinger: It’s not medical malpractice, it’s going to be more of a people coming in with specific information saying, “you made bad decisions.” And, if you think about it, we’re going to talk about this a little later, artificial intelligence plays a major role in decision making, and the technologies that become more astute around decision making are going to lead to some of these litigation issues in my opinion.

Teresa Barber: Right, and you mention health data ownership, and you’re thinking all of the biometrics now we’re collecting with our wearables, and personal data information, are there any gray areas that you’re watching, or that you think are especially interesting that litigators working in complex litigation should be monitoring, should be paying attention to, or corporate counsel need to be mindful of?

Dr. Bysinger: Yes, and I think the area that is most important is exactly what you’re saying. There’s an awful lot of information available about patients today that’s coming from strains that are not necessarily medically-based, and that information is being stored on the internet by someone. It maybe someone who is selling prescription drugs, it maybe someone who is selling other supplemental pharmaceuticals that are not necessarily prescription drugs, it could be your health center, it could a chain of health centers, or it could be anybody else who’s in the business today of selling wellness expertise because all of a sudden we’re giving a lot of people a lot of information about ourselves that is medical-based information that we only used to give to the hospital we went into, or the physician that we had a relationship with. So, I believe that we’re going to see some litigation based upon information that was misused in multiple venues.

Teresa Barber: Thank you, could you talk to me a little bit about some of the new tools that are emerging in healthcare for medical decision making and care treatment, newer care treatment models like accountable care organizations?

Dr. Bysinger: Yeah, it’s interesting because the accountable care organization started out of a movement in the 1990s that I was heavily involved in called the Managed Integrated Delivery Network Movement, and it was based around hospitals, and physician groups, and medical practices, and payers getting together and forming electronic connections to be able to manage a patient population. That is the exact same model that accountable care organizations are today. The reason it didn’t work back then is because we had some technological issues, obviously because the internet wasn’t the way it was today, as well as there was a lot of issues or controversy around who was going to control what and how was the money going to be divided, so those were other issues.

Dr. Bysinger: But today in accountable care organizations many are focusing on heavily on wellness, so the ability to keep patients well or in a good state of medical condition. The problem you have with accountable care organizations is most of them are again, closed models, so you have that information in a closed loop, but in fact those patients that you’re serving are going out to a lot of other places to get information, and their information is being published in those places. And when I say published, it’s not necessarily published to the world, they are selling the information and the aggregate. So, now what’s going to happen is we’re going start, we meaning the healthcare providers, and the healthcare insurers including Medicare and Medicaid are going to start relying on those people that are managing big data and delivering a level of analytics that may be generated based around a false set of assumptions.

Teresa Barber: So, recently you mentioned artificial intelligence and the emergence in the healthcare industry and how disruptive that could potentially be, and digitization of other technological advances. Where do you see the future of the industry heading and what roadblocks do you see for corporate counsel or litigators who may need to contend with those hurdles to advance the industry, or move past potential disputes?

Dr. Bysinger: Right, one of the issues that’s going to begin happening and already is, is the reliance on artificial intelligence and data analytics. Artificial intelligence is an interesting phenomenon in that what it really does is it creates a scenario that says if I have enough data I can profile what any type of entity, and in a healthcare case, a patient looks like based on a specific set, or a specific condition or set of conditions, and you call that synthesizing a patient.

Dr. Bysinger: What is it about this synthetic patient that we are going to use to get down to a diagnosis on a specific decision that needs to be made with regard to a procedure or a surgery, because what AI does is AI goes out and looks at a universe of let’s say a billion patients, and then through a set of assumptions, and some are input, and some are synthesized, it starts moving that billion patients down to a manageable group of patients to let’s say, 100 patients that you can predict what an outcome would be based upon providing a set of procedures or capabilities, treatment plan if you will, against those 100 patients, because those 100 patients seem common out of these billion of patients that exist. And, remember the commonality is based on a set of parameters that were developed using the AI models over time.

Dr. Bysinger: So, I think that what we’re going to see happen is the decision making will move from the clinical process, which is today composed of physicians and those people around the care continuum within a specific environment making those decisions, to a computer modeling environment making those decisions. Right or wrong, I believe there’s going to be challenges to it in the early days of this happening. Over time, it will probably be accepted as the norm, but initially we’re going to start limiting people’s ability to be able to have their decisions made with their physician, or with the organization that they belong to that may be a healthcare system.