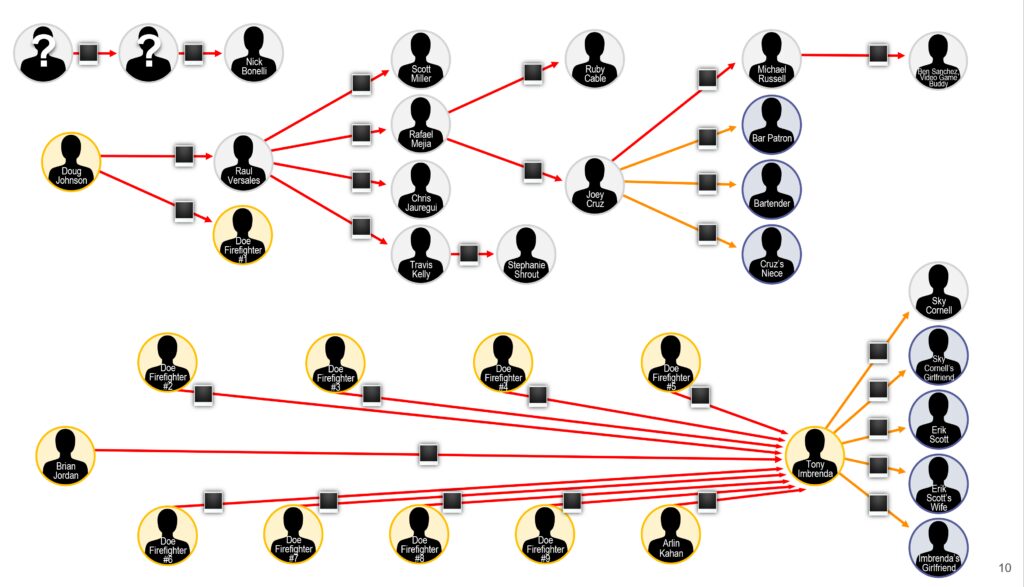 Vanessa Bryant filed a federal civil rights action against the County of Los Angeles for negligence and invasion of privacy after police (LASD) and firefighters (LAFD) publicly shared photos of human remains taken at the site of the January 26, 2020 helicopter crash that caused the deaths of her husband, NBA-legend Kobe Bryant (41), and their daughter Gianna (13), as well as seven others.

Dr. Christina Marinakis, Strategy & Jury Consulting Advisor, and Dr. Clint Townson, Strategy Consultant, prepared persuasive themes and narrative arguments used by attorneys Luis Li and Craig Lavoie in the opening statement and closing argument for Mrs. Bryant. Their theme regarding the department’s “Culture of Callousness” was repeated in headlines and news articles across the country.

In advance of trial, Dr. Marinakis drafted voir dire questions designed to identify potential bias and unfavorable jurors for the plaintiffs. She, along with Senior Jury Research Coordinator Brianna Dillivan, assisted in court with jury selection and strike decisions. They were supported remotely by our social media research team, who conducted internet searches and provided a detailed overview of the seated jury, which allowed the strategy consultants to make further recommendations for arguments and evidence presentation during trial.

On what would have been the day after Mr. Bryant’s 44th birthday, and on the official “Kobe Bryant Day” in Los Angeles and Orange Counties (8/24—an ode to his jersey numbers while playing for the Los Angeles Lakers), the jury awarded Vanessa Bryant $16 million in non-economic damages for the emotional distress and mental anguish caused by Los Angeles County’s misconduct. Co-plaintiff Chris Chester, whose wife Sarah (45) and daughter Payton (13) were among those killed in the crash and who joined the suit, was awarded $15 million.

NOTE: The jury subsequently reduced the award to Vanessa Bryant to be equal to that of Chris Chester ($15 million).